The Gang’s All Here On Frederick Real Estate 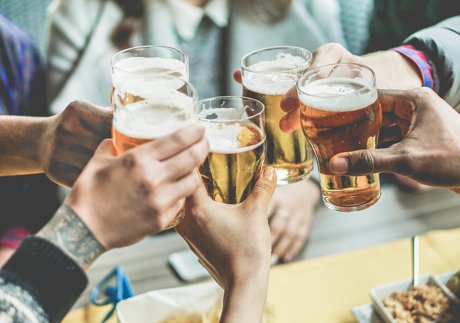 Good times are had by all on Frederick real estate. At the Flying Dog Brewery toasts are raised high. Year round, seasonal, and limited release handcrafted beers are perfected on location. Those living in Frederick who want to delve deeper into the brewery’s workings can schedule a tour. Behind the scenes excursions are complimentary and open to guests twenty-one years and older.

The tasting room welcomes thirsty patrons with open arms. Up to 20 selections are on tap. Individual samples, flights of four, and growler fills satisfy one and all. Savor pale ales, stouts, and IPA’s. Flavors vary from cool and crisp to robust. From The Truth Imperial Ale to Bloodline Blood Orange Ale there is something to whet everyone’s whistle. Tasters who find the blend they like can bring a filled growler back to their Frederick home. Any 64 ounce container can be used. Those in need can purchase a Flying Dog growler right from the brewery.

Special events are often in the lineup. Fun and unique happenings include classes such as the science of beer and yoga in the brewery. The Flying Dog Brewery also brings its best brews out to local events off site. Check the calendar for where they are going next.